Through Spain or through Portugal, the Camino de Santiago is well-serviced and covers flat, hilly, and a few mountainous areas. This is the most popular of routes and almost guarantees warm camaraderie among fellow pilgrims.

The Via
di Francesco

Beginning in Florence or Assisi, the Via di Francesco visits places linked to the life of St Francis of Assisi. The terrain is mountainous, with vast forests and stunning vistas. Peek into life in classic Italian hilltop towns and enjoy fabulous Italian cuisine.

With a start in Canterbury, the full Via Francigena runs through France, Switzerland, and Italy to Rome, with an optional continuation to the southern tip of Italy. This international route offers a fabulous taste of European geography and culture. 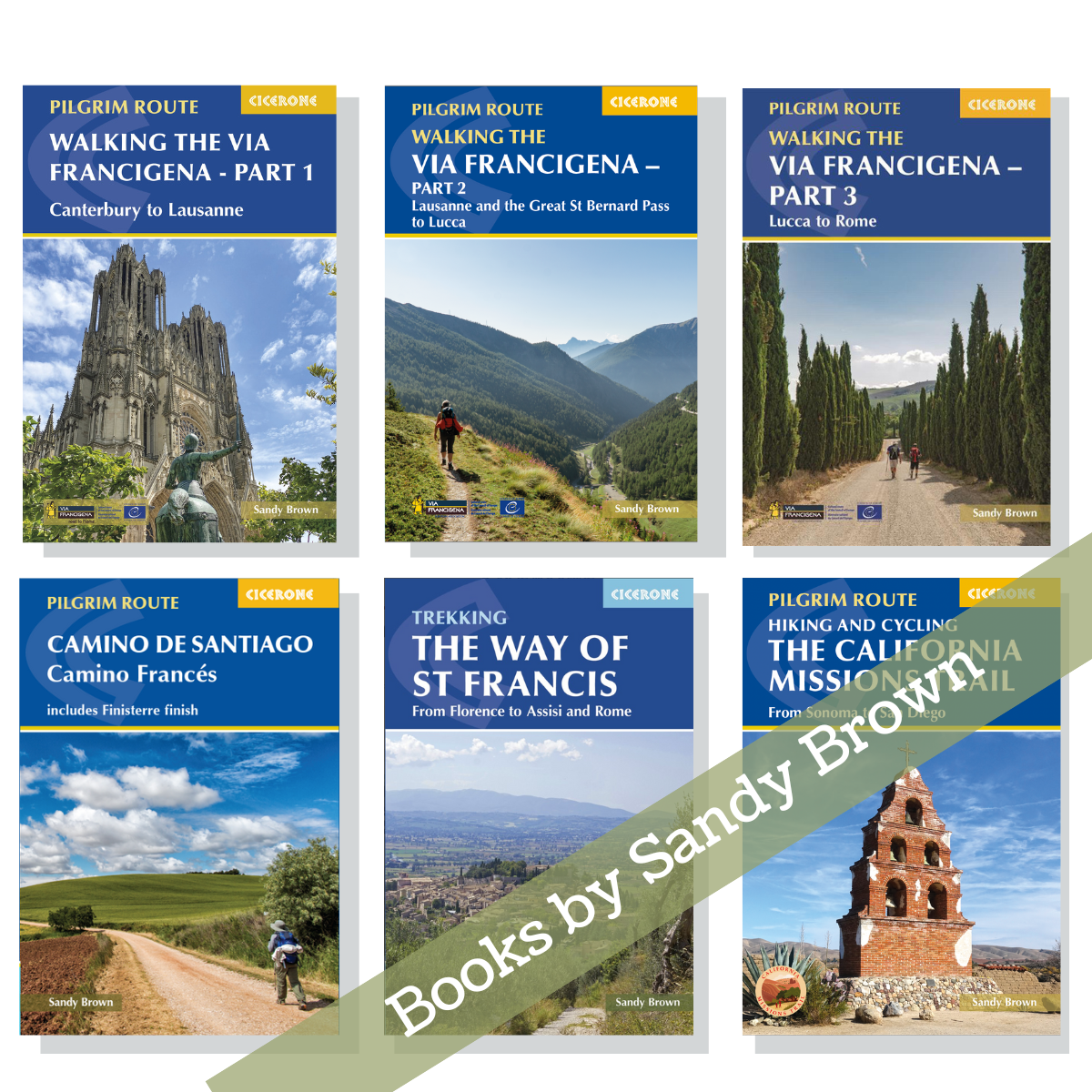 When our founder, Sandy Brown, first walked the Camino de Santiago in 2008, he knew there was something different about this way of travel. He came back to the US with his nostrils full of the scents of Spain and he vowed he'd be back. And he did - every year since. After exploring the Via di Francesco in Italy he realized it needed a good, English-language guidebook. So he wrote one. Since then, he's completely five additional guidebooks through Cicerone Press and he's become one of the English-speaking world's most trusted guidebook authors. In founding Pilgrim Paths in 2016, Sandybrought his knowledge of the trails to an even wider audience. Today, Pilgrim Paths includes Sandy's sister, Rocky Brown-Nieblas, and Sandy's son, Luke Brown - both experienced pilgrims in their own right. "We walk because we love it, and we help others put their walks together out of the joy of sharing what we love so much," says Sandy. 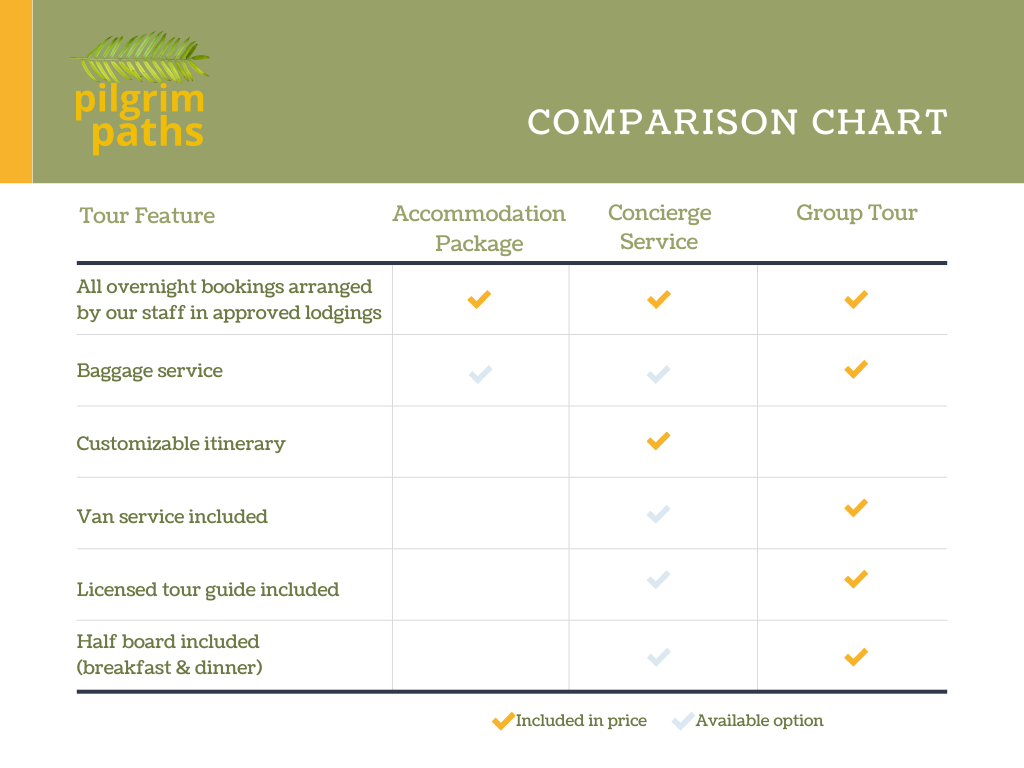 Here's how our itinerary options compare

Our Accommodation Packages are the most economical, while our Concierge Service is most flexible and our Group Tours offer the most services. Take the first step - choose the package that works for you!

Thank You, we'll be in touch soon.

Via di Francesco: Florence to Assisi

Via di Francesco: Assisi to Rome

Via Francigena: Lucca to Siena

Via Francigena: Calais to Besançon

Via Francigena: Lausanne to Aosta

Via di Francesco: Florence to Assisi

Via di Francesco: Assisi to Rome